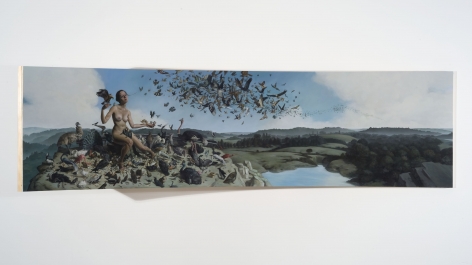 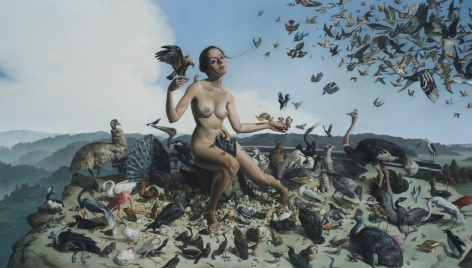 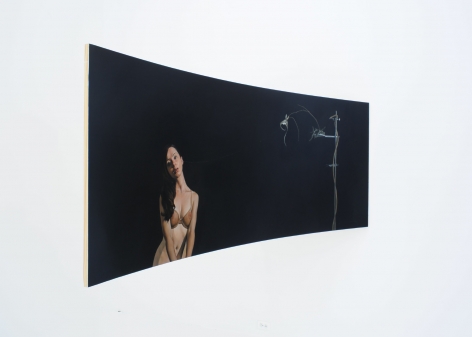 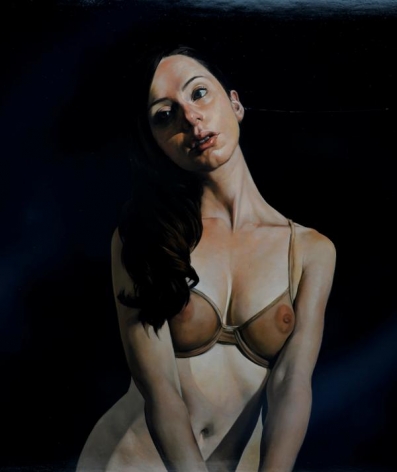 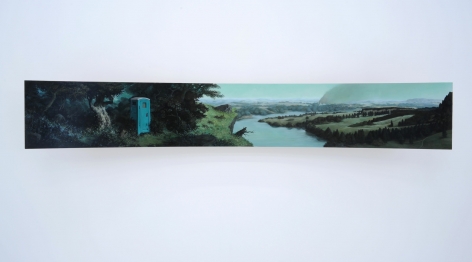 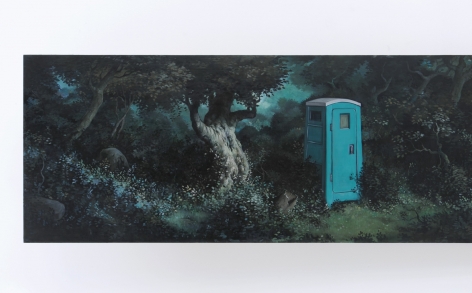 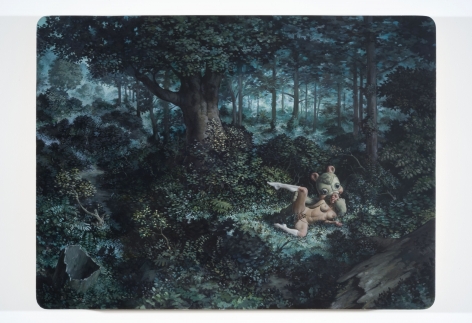 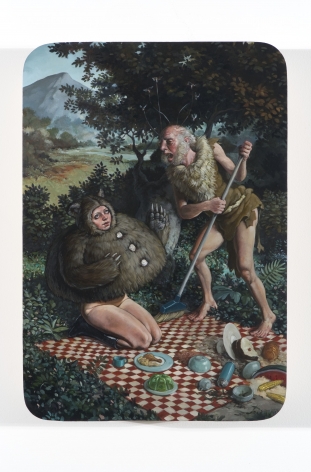 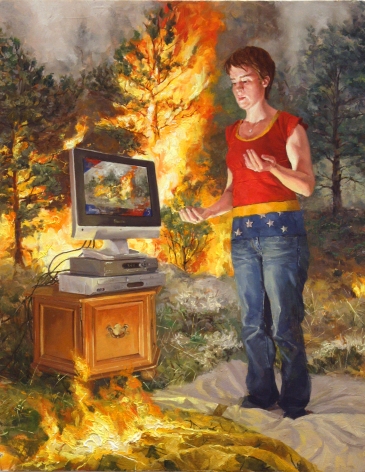 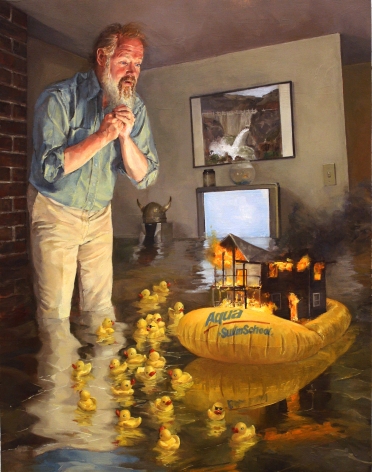 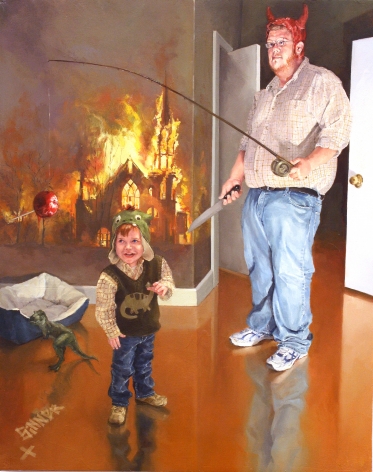 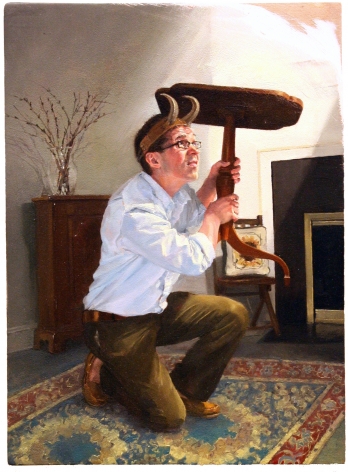 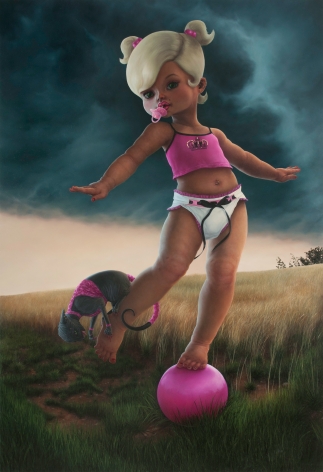 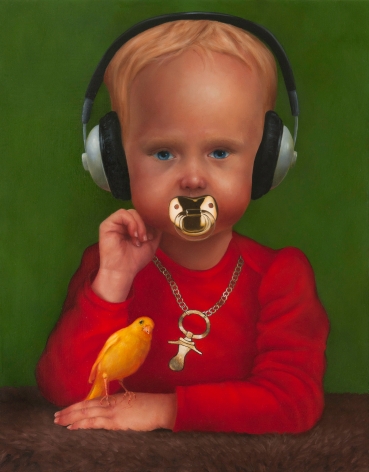 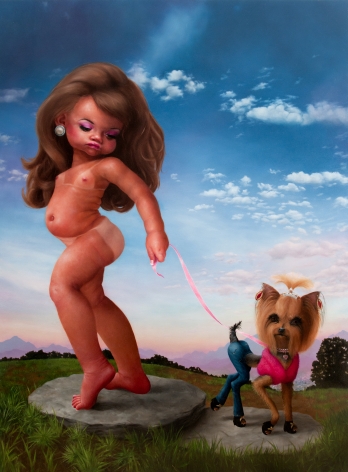 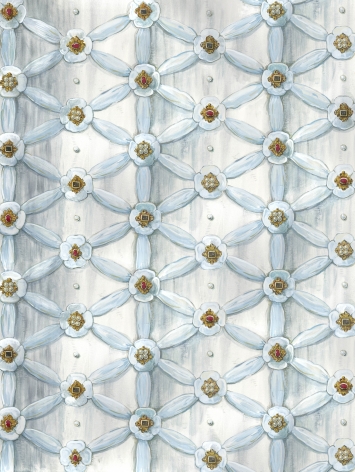 Is Realism Relevant? Conner Contemporary Art enthusiastically says ‘YES’ with three concurrent solo exhibitions featuring new works by Erik Thor Sandberg, Nathaniel Rogers and Katie Miller. Six centuries after Flemish oil painting branded the early modern age, each of these DC area artists maximizes his or her command of the realist technique to express the human condition in contemporary life. Engagement with current issues imbues these painters’ works with the relevance of their own time, while their informed references to artistic precedents casts present situations within a historical perspective. With its world class Old Master museum collections, Washington is a natural home for realism. Representational painting began to make a resurgence here in the 1970s, in the wake of the prominent Washington Color abstractionists. Today, Sandberg, Rogers and Miller are at the leading edge of contemporary realism in DC.

> ERIK THOR SANDBERG unleashes allegories of our increasingly complex relationship with nature through narratives of power and passivity that unfold across panoramic vistas in Reparatory Gestures, his fourth solo exhibition with the gallery. Sandberg, who has repeatedly demonstrated mastery of the human figure and landscape as a subjects, emphasizes the viewer’s body in the experience of the topographies depicted in the four large concave paintings that anchor this new series. The artist designed curved panels to envelope us in captivating expressions of man’s manipulations of the environment. Sandberg impressed artificiality on each wilderness landscape with depictions of intrusive human activity, or vestiges of it, such as a port-a-potty, picnic fixings, and guardrails. Whether his characters are engaged in libidinous acts, or immobilized by uncertainty, the contexts in which we find them question the ultimate consequences of their choices. As the picture planes bend, so do the meanings that play out across them. The concave arch of each panel pushes and pulls the ideas represented on it, diverting them from a predetermined linear progression into elusive possibilities for our thoughts to follow. Sandberg reminds us that our personal and collective journeys may lack sure direction or fixed outcomes. Yet, he also suggests, with flawlessly rendered details, including glistening drops of nectar and multi-colored birds’ eggs, that nature’s powers of imaging and reparation are ceaselessly at work, leaving us with hope that these forces can restore the balance that man repeatedly compromises.

> NATHANIEL ROGERS presents vivid analogies of human phenomena surrounding the concept of crisis - how we create it, deal with it, or ignore it - in When Disaster Strikes, his second solo exhibition with the gallery. Rogers’ superior draftsman’s skill is perfectly matched to his sharp wit in this series of intimate panel paintings that reveal coping strategies, or lack thereof, in the automated, indulgent contemporary world. The artist postulates extreme life situations that manifest at intersections and dissonances between behavior and virtual reality. In scenes of real and imagined disasters, including floods, fires and unseen threats, Rogers suggests a breakdown in reality. This theme is expressed most noticeably in the anxiety contained in his narratives, and more subtly in the dissolution of the representational fabric of his pictures. We find a section of the interior depicted in "Facing Annihilation" unexpectedly sanded down to reveal the bare wood of its support; and a slice of the landscape background in "Nailed," appears to peel off, an illusion that underscores the artifice of the picture. As Rogers characterizes contemporary states of mind, he also tests his medium’s ability to convey the immediacy of our experiences.

> The Fancy of Babes is KATIE MILLER’s first solo exhibition with the gallery. Relentlessly pushing the realist technique toward hyper-realism, Miller creates artistic characterizations of the consumer-driven hype that fuels the commercial sexualization of children. The artist orders her toddler subjects according to hieratic compositions seen in Renaissance masterpieces by Hans Holbein the Younger and Albrecht Dürer, among others, employing geometric principles from that period to instill her figures with the authority of holy, royal or mythological beings. The anachronistic formats interact with Miller’s exacting rendering of the children’s features and flesh, giving them an otherworldly quality. The youngsters that confront us in these paintings appear disarmingly knowing and self-possessed. This effect is amplified by their attributes, belly button rings and “bling-bling-binky” pacifiers, inspired by Bratz Babyz dolls, and other widely marketed children’s products. Even the kids’ pets - a purse dog, a Cremello horse and a hairless cat - appear to have been bred to exaggerated points of curvaceousness. In her three largest panels, Miller poses the toddlers’ full-length figures in extremely graceful positions that seem to defy anatomy and gravity. Their precarious beauty figures the challenges of balancing childhood with forced adulthood in today’s consumer culture.

Conner Contemporary Art is also pleased to announce Plunder, a special *gogo projects installation created by Lauren Frances Adams for our courtyard. Adams’ work was inspired by Elizabethan colonial era textiles, such as pirate flags and clothing depicted in portraits of Queen Elizabeth I and the explorer Sir Walter Raleigh. Adams appropriates decorative patterning from the time of sea based exploration to suggest a critique of capitalism’s colonial past. Pairing pirate flags with courtly dress, the artist asserts that pirate culture arose not only from rogue sailors who plundered other ships for transatlantic trade goods, but also from the colonizers who 'plundered' North American native wealth.

There will be an opening night reception, Saturday, September 10th from 6 to 8pm.
Artists in attendance. 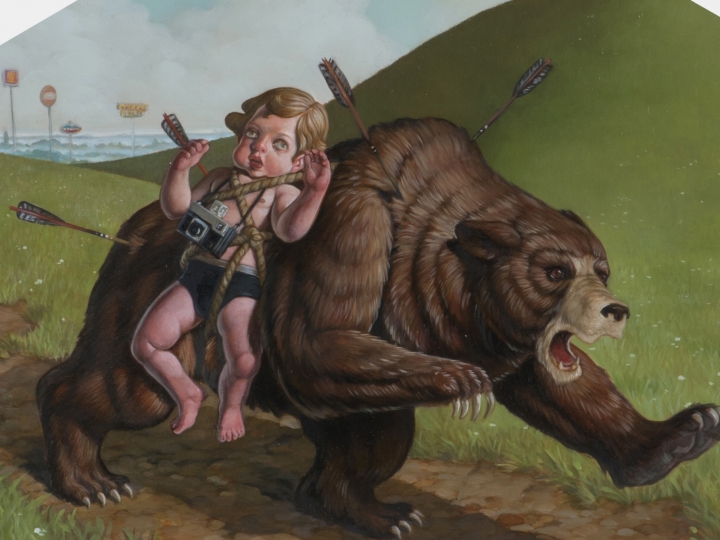 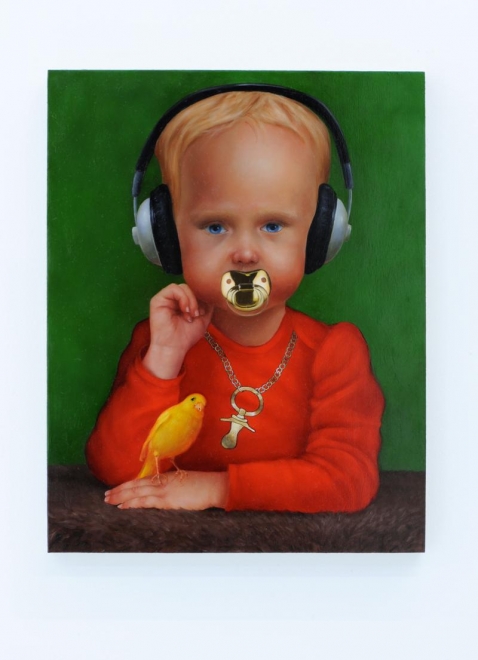 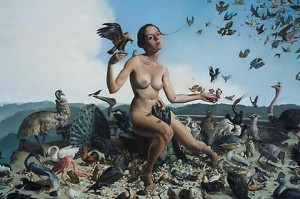