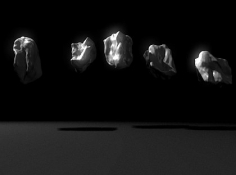 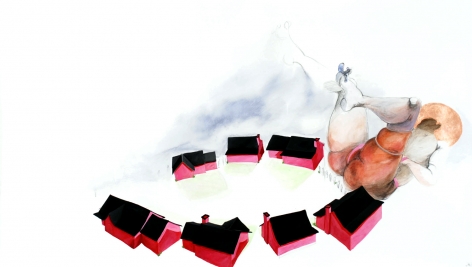 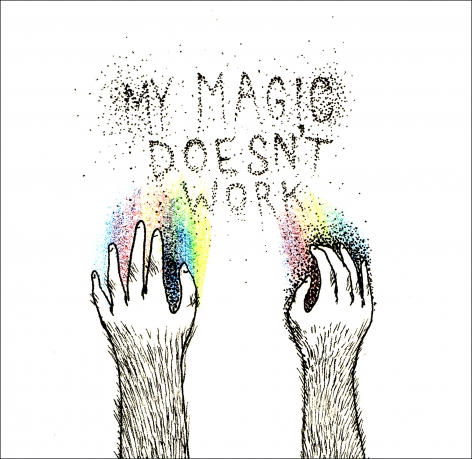 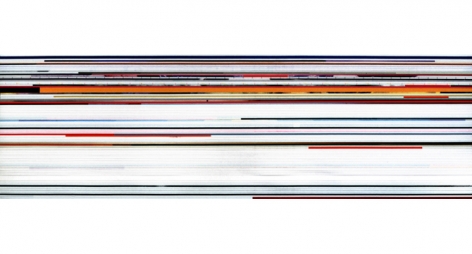 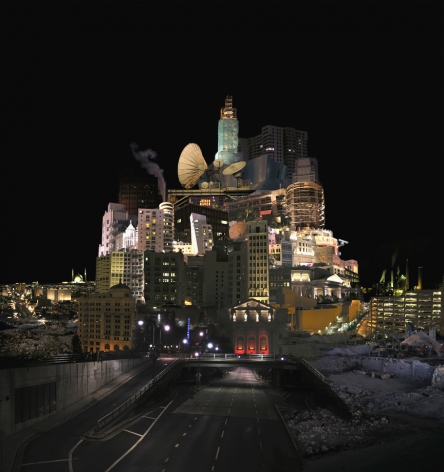 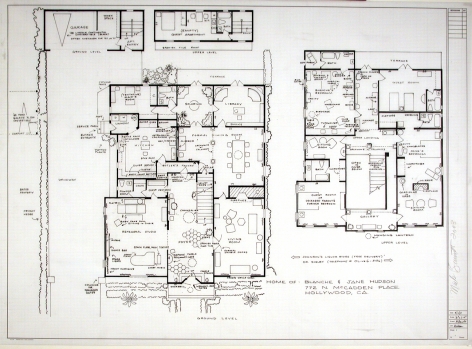 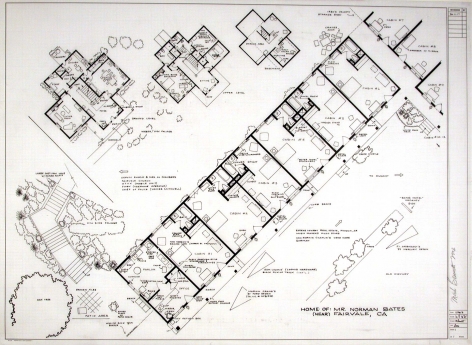 Zoë Charlton comments from the perspective of an African American woman living in traditionally white suburbia in her Suburban Squatters series. Charlton's large-scale drawing "Saint of the Suburbs" is dominated by a haloed, scantily-clad African American woman whose recumbent figure coalesces with a suburban landscape of cul-des-sacs and white picket fences. Whereas Charlton focuses on the social realities of racial stereotypes in her imagery of generic suburban homes, Mark Bennett escapes the mundane by making detailed blueprint drawings of his favorite movie homes. Although architectural contexts simulated in films such as Psycho and What Ever Happened to Baby Jane? are comprised of disjointed movie sets, the artist shapes his visual memories of background minutia into cohesive environments. In multiples of these drawings Bennett shares fantasies of dwelling in legendary big-screen houses which exist only in his imagination.

In the Architectural Voodoo series John Kirchner digitally exaggerates the archetypal facades of government buildings in Washington, D.C., such as the Federal Reserve. Kirchner amplifies and symbolically subverts the power represented by these iconic structures. Julee Holcombe also photographs recognizable buildings. She then digitally composes dozens of structures into seamless architectural aggregates within realistic vistas. In "Night Sketch" Holcombe revisits Brueghel's Renaissance master painting of the Tower of Babel to critique globalism and urban sprawl in her own form of digital painting.

*gogo art projects will present installations by Zach Storm and Matthew Sutton. In "That's What Love Will Do" Storm combines painting, drawing and sculpture in a pictorial narrative of his recent triumph over junk food addiction which contains subtexts devoted to his musical heroes and his obsession with the paranormal. Sutton will plant a cutting from "The Kudzu Project," a current six-month experiment in which rapidly growing Kudzu vines flourish in the front window of the gallery.

Art DC will be held at the Washington Convention Center and Conner Contemporary Art and *gogo art projects will exhibit in Booth 215. The fair will run from April 27th through April 30th with an opening night preview on April 26th from 5:30pm until 9:30pm. More information on Art DC is available at www.dc-artfair.com. 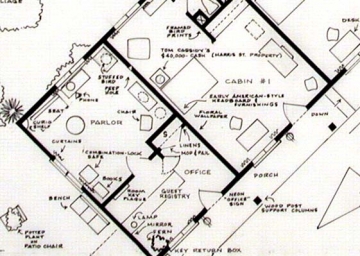